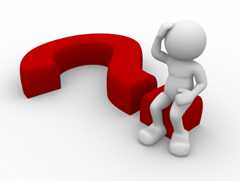 I have a question that is more directed to Thibault Heimburger who did analyses on actual fibers from the Raes region of the Shroud. Thibault found cotton in fibers 1, 7, and 14. Additionally there was a dye like substance on fiber number 5. Was there any cotton/dye resin found on fibers 2- 4 and 8-13? Thanks. 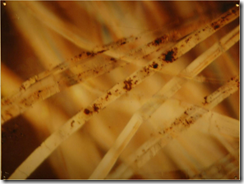 In an email someone asked:

My friend … has given me your email address.

I have tried to find the origin of the attached picture. I found it on an Internet site and I have asked the owner of the site about it, Anthony Layne, but he does not remember where he found the picture. Here is the link:  http://goo.gl/FctU5r *

Do you have any knowledge about it, ie. is this from the picture formation on the Shroud?

I can of course not use it in my lessons about the Shroud without such confirmation.

A quick Google image search (with Chrome browser, right click on the image and then click on Search Google for this image) reveals four web pages that display the image. One of them is this blog in a posting earlier this year: Seeking Help To Identify an Image Called Superficiality. Readers of this blog have provided some helpful information; for instance Kelly Kearse writes:

Picture is from Baima Ballone’s book Sindone O No, 1990, Figure 34. The above photo is reversed relative to that shown in the book.

I hope this helps.  Do read the comments to learn some additional information about the picture. Click on the picture to see a larger version.

* Note: The full link before shortening is http://tonylayne.blogspot.no/2013/03/resurrecting-authenticity-of-shroud-of.html#.VjnE-EOPTLv

Would it be fair to say that your blog calls into question everything we know about the Shroud of Turin?

Well, there is a frontal image and a backside image of a man on the cloth.  I don’t think we can question that. Other than that, perhaps so.

However, rather than say, “calls into question,” which in popular usage seems to express doubt, I prefer to think that the blog seeks to reexamine our understanding of much that we know or think we know about the shroud.  Hopefully, then, each of us can better weigh each item of evidence before us by asking ourselves how valid it is, does it favor authenticity or the other way around, and how significant is it in the overall scheme of authenticity?

At this time, I don’t believe enough evidence is sufficiently sound or that we know enough about how to evaluate what we have to be able to arrive at a definitive conclusion about the shroud’s authenticity. That is why I say that I think that the shroud is probably authentic. I may never know otherwise, at least not in this lifetime. 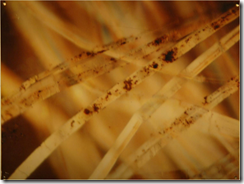 Could you please help me on a source for the (attached) photo?  It is on Dr Soons’ shroud3d website, under the heading "Image Qualities of the Shroud – Superficiality", but is not sourced there.

I am trying to source all of my 60+ Powerpoint slides on the SoT.   I sent an email to Dr. Soons but received no answer.

I have found the following around the Internet: