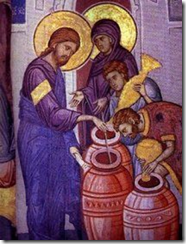 During the past several days, I have noticed several comments with the phrases “resurrection process” or the “process of resurrection.” Why do we think the resurrection was a process?

We are all familiar, at least in principle, with the way a caterpillar transforms into a butterfly. It is a process. We can make a time-lapsed movie of it and see each and every step. Some will say they see a miracle unfolding. Others will say it is nothing of the kind; it is a perfectly explainable biological process.

If you were to take the first frame and the last frame from the movie of the process, splice them together and pretend that nothing happened in between then you could pronounce and demonstrate with a very short, two-frame movie that a miracle transformation had taken place without a process.

The resurrection, if we are to believe in it, was a miracle. And if we are to take our knowledge from scripture alone, there was a before and after, a first frame so to speak and a last frame. There was nothing in between that we know about. So, why do we think there was a process? Why do we think, for instance, the body dematerialized such that a cloth might fall through it or that that the body might releases some form of energetic byproduct during the resurrection? Why do we think, as Mark Antonacci suggests that Jesus might have passed through a traversable Lorentzian wormhole in space-time or as Frank Tipler suggests that the process of resurrection might have been a form of electroweak quantum tunneling and the images on the Shroud the consequence of a Sphaleron field? 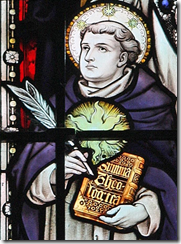 Thomas Aquinas in Summa Theologica tried to explain that angels in going from one place to another did not pass through the place in between. Nor did they consume time doing so.

Since there is succession, that is, before-and-after, in the application of an angel’s powers, now here and now there, it must be said that an angel’s local movement occurs in time, and is not instantaneous. This time, however, is not measurable in our minutes or seconds; these units of time are applicable only to bodily movement.

For angels, at least in how they traveled, there is only a first frame and a last frame, so to speak.

Thomas was much into angels and was brilliant at logical speculation. We can leave it at that. We don’t need to agree with the saint. Nonetheless, this notion of his provides a useful metaphor for pondering supernatural action. There is in his imaginings a change of state and no measure of time.

Might the resurrection have been that way? What about other miracles? When Jesus healed the blind man was there a moment in time when the man’s eyesight was partially restored? When Jesus turned water into wine were there moments in time, no matter how brief, when the wine was still mostly water and when – perhaps fractions of nanoseconds later – the water was mostly wine?

Might the resurrection have been just a miracle with a before and after and no in between process?

The problem, for us in the shroud world, is we need something to get that image on the cloth.  Or do we?

16 thoughts on “The Process of Resurrection”