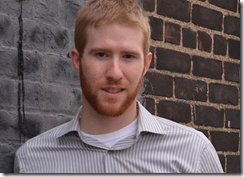 Mike Stechschulte writes in Port Huron’s The Times Herald Why I am and will remain a Catholic:

In light of the recent Pew survey showing Catholicism as the biggest loser in the nationwide exodus from organized religion, pundits from all corners of the woodwork have come out with their diagnoses (and in some cases, prognoses) regarding what ails Christianity, and Catholicism in particular.

There have been stories and opinions written by ex-Catholics, non-Catholics and never-will-be Catholics. But as a Catholic, rather than tell you all the reasons I think people are leaving the Catholic Church, let me tell you why I won’t.

I am a Catholic because of history, as well. Not only the history that shows the Gospels as the most trustworthy ancient documents we possess (with 25,000 existing manuscripts to check and cross-check for accuracy and authenticity), but the history since then, too. I am a Catholic because of the incorruptible saints, the Shroud of Turin, the thousands of unexplained healings in Lourdes, France, Fr. Solanus Casey’s care for the poor, Our Lady of Fatima, the miracle of the Eucharist and the powerful weakness of St. John Paul II’s dying breath.

9 thoughts on “Also Because of the Shroud of Turin”