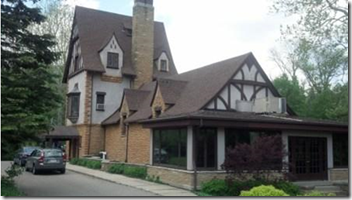 Ed Breen, co-host of “Good Morning Grant County” on the radio, who has been reporting on life in Indiana for 48 years writes in The News Herald:

In your youth, particularly at this time of year, when friends and relatives would gather for dinner at the homestead, you were probably cautioned to discuss neither politics nor religion at the dinner table. Bring up either and you are courting dispute and discontent.
To that list you might now add the Shroud of Turin, a piece of linen cloth three and a half feet wide and a little over 14 feet long. To those of a particular Christian faith, this aged fabric is the cloth in which the body of Jesus Christ was wrapped after his crucifixion and from which he emerged at the moment of the resurrection on the third day.

To those of a more skeptical faith, it is an object worthy of pious veneration. Genuine, perhaps, but perhaps not. To those whose skepticism flows to cynicism and those not of the Christian faith, it may well be interpreted as a great and ancient medieval fraud, a hoax of elaborate and artistic proportions.

This simple fact is indisputable: This piece of cloth and its embedded image of a man, whose record can be traced quite clearly to the year 1390 and perhaps earlier, this shroud has been preserved, studied, examined, revered, embraced, denied and enshrined more than any swatch of fabric in human history.

Now a vast archive of science, literature, history, art and documentation dealing with the Shroud of Turin—so named because it has been preserved in the northern Italian city of Turin (or “Torino,” in Italian) for 700 years—has found a permanent home just up the road in Wabash, in a beautiful, 8,000-square-foot, Tudor-style building built by Wabash native and industrialist Mark Honeywell in the 1920s. This library of materials is on the grounds of what was the Honeywell estate, later the Wabash Country Club, north of Wabash on State Road 15.

It is in the custody—indeed, it is the life blood—of a transplanted Boston Italian, a man not only of faith but also of determination. His name is Richard Orareo. . . .

2 thoughts on “The Wabash Museum of the Holy Shroud”