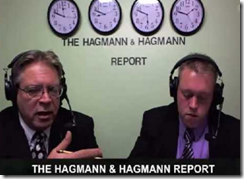 Find the play button, sit back and relax and listen. What a great opportunity to hear the man of Shroud Encounter. The show ran for three hours and is now available in the show;s archives.

The promo, which I only saw this morning, tells us:

Mr. Breault uses a “CSI approach” as he takes audiences on a thought provoking adventure that extends through early church history, ancient art, modern science, and medical forensics to inform listeners about the proven characteristics of the Shroud as well as the “mystery” behind it.

Could the Shroud be the most important archaeological artifact ever found, or is it just a medieval fake? Does it provide clues to what happened during the crucifixion and resurrection, or is it just a pious art work created to represent these events? After thousands of hours of scientific analysis, the Shroud remains a profound mystery. After this episode, however, you will have a much clearer understanding why there still exists both mystery and controversy regarding this alleged burial cloth of Jesus.

This is a very special show that promises to have a significant impact on your beliefs and perception of this “controversial” artifact. Mr. Breault’s appearance tonight is most appropriate as Christians worldwide are marking today to remember the day of the crucifixion.