More than a year ago (February 23, 2011) I wrote what turned out to be the most popular posting on this blog: 160,000 page views this year alone, 522 comments with little subject drift, numerous emails, etc.

Well, this morning a reader writes:

Last year, I wrote to you after reading the book “Heaven is for Real.” You said my letter threw you for a loop. But you published it and I have since had the most wonderful opportunity to read and think about the hundreds of comments that followed. Thank you. Did you happen to notice “Heaven is for Real” is still on the New York Times list of non-fiction bestsellers.

No, I hadn’t noticed. But now I see that it is #3. It has been near the top for over a year, which must be some sort of record. Here is what I wrote a year ago. Read More below or click over to Akiane’s Jesus, Heaven is for Real and the Man in the Turin Shroud to see it as I posted it.

There is a new, very popular visionary picture of Jesus that many think must be accurate. It is quite okay to be skeptical about such visions. Nonetheless, how it compares to the image on the Shroud of Turin might significantly impact how the public thinks about the authenticity of the shroud.

Last week I received an email from a reader that threw me for a loop. She wrote: 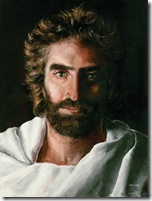 I just finished reading “Heaven is for Real.” I am thinking that the Akiane Prince of Peace is very similar to the man in the Turin Shroud. STURP and now the Shroud Science Group with all its scientific books and journals cannot begin to match the power of this story. Four-year-old Colton Burpo left the hospital operating room and went [to] heaven where he saw Jesus. Later, he confirmed that Jesus looked like the Akiane Jesus. The Akiane Jesus looks like the Turin Shroud.

The Akiane Prince of Peace? The book, Heaven is for Real? A kid who saw Jesus in heaven during some sort of purported near-death experience (NDE)? Really? And does this visionary picture look like the man in the Shroud?

It turns out that the book is a sensation. As of this past Sunday, it was the New York Time’s #1 Bestseller in Non-Fiction Paperbacks and the #2 Bestseller among all Non-Fiction including Digital. It is #2 at Amazon among all books where it has held a position in the top 100 bestsellers for 73 days. USA Today ranked it #2 among Non-Fiction books and #7 among all books on the market.

The reviews from pundits are mixed. But among readers at Amazon, the reviews are quite different. Overall the book gets 4.5 out of 5 stars. For those who are suspicious about Amazon reviews, there are too many reviewers, at 373, to think this is stuffed voting.

You need to understand a little bit about the book. Here is a description from the publisher: 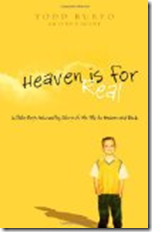 A young boy emerges from life-saving surgery with remarkable stories of his visit to heaven.

Heaven Is for Real is the true story of the four-year old son of a small town Nebraska pastor who during emergency surgery slips from consciousness and enters heaven. He survives and begins talking about being able to look down and see the doctor operating and his dad praying in the waiting room. The family didn’t know what to believe but soon the evidence was clear.

Colton said he met his miscarried sister, whom no one had told him about, and his great grandfather who died 30 years before Colton was born, then shared impossible-to-know details about each. He describes the horse that only Jesus could ride, about how “reaaally big” God and his chair are, and how the Holy Spirit “shoots down power” from heaven to help us. . . .

I read it on a flight between New York and San Francisco this past weekend. The book is well written. It’s hard to not believe the story unless one assumes shameless co-conspirator fraud with a child. Maybe I should say that its hard to not believe the story is somewhat true. I just have too many problems with how well a young son’s memory (or imagination) fits his father’s very literalist interpretations of the Bible. Nor am I convinced about NDEs. Something seems wrong, yet I thoroughly enjoyed reading the book. But that’s not the point I want to make.

Every now and then, throughout the last half of the book, Colton is shown different pictures of Jesus and asked if they are accurate depictions of what he remembers Jesus looked like. The authors never tell us which pictures Colton looked at. (I naturally wondered if the Shroud was one of them.)  In the end Colton is shown an online picture. “Dad, that one’s right,” he exclaims. It is the Akiane portrait of Jesus.

Akiane Kramarik seems to be a child visionary. Growing up in a home with an Atheist mother and a lapsed Catholic father, she apparently began having “divinely inspired visions,” which she translated into poetry and art.  By age four (Colton’s age) she was painting and writing poetry. There can be no denying, at least, that she is a prodigy. She appeared on CNN, World News Tonight and the Oprah Winfrey Show. Forget that she is a child; her work is amazing.

She was just eight-years-old when she painted Prince of Peace, her first portrait of Jesus. This is the painting Colton said was right.  It is reproduced in the back of every copy of this best seller.

Stephen Kimble, a reader of the NowTHINK!About it blog, writes:

Having read many books on the near-death experience I find this one very special since it was from a 4 year old. What is very interesting to me is that Colton corroborates the Prince of Peace painting by Akiane Kramarik as the likeness of the face Jesus. I find that her painting bears a strong resemblance to the digital reconstruction from the Shroud of Turin as presented in “The Real Face of Jesus”, a History channel production.

Yes, I’m sure that such a popular image, if indeed many people think it is similar to the image of a man on the shroud, will have an impact on belief about the shroud. Nonetheless, the goal of the Shroud Science Group (as was the goal of STURP) is not to sway opinion. It’s purpose is to pursue the scientific and historical truth about the shroud, whatever it may be and wherever it may lead, and to disseminate that information in a responsible way.

That said, I say go read the book and make up your own mind. I’m intrigued but not swayed. Then again, it took me five years to conclude that the Shroud of Turin was probably real.

Source: Akiane’s Jesus, Heaven is for Real and the Man in the Turin Shroud « Shroud of Turin Blog 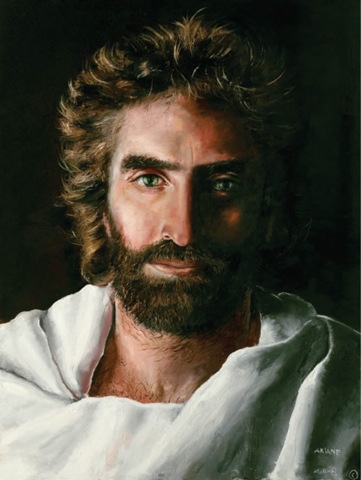 5 thoughts on “Akiane’s Jesus, Heaven is for Real and the Man in the Turin Shroud Revisited”