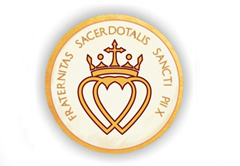 DICI, the communication arm of the Priestly Society of St. Pius X (SSPX – founded by Archbishop Marcel Lefebvre) has an article about Barrie Schwortz’ position on the shroud. The dateline is May 15, 2015, Italy:  An American Jew in favor of the authenticity of the Holy Shroud of Turin:

…  Among its fiercest defenders is Barrie Schwortz, and orthodox Jew from Los Angeles. A professional photographer, he was the head of documentary and scientific photography during the first research on the cloth in 1978. He declares that modern science is still incapable of explaining how the image was formed on the cloth. According to him, several factors prove its authenticity.

As a photographer, he considers that the image itself is the most convincing element. “It has properties that I have never seen in any other image,” he insists, recalling that in the last four decades, no one has been able to duplicate or create a print with the same chemical or physical properties.

He also reveals that the counterfeit artists of the Middle Ages were far from having the necessary knowledge to reproduce the anatomical elements revealed by the forensic study of the image, especially the blood flow, which corresponds perfectly with the anatomy and physiology of blood circulation and coagulation.

Barrie Schwortz ends by pointing out that the scientific debates will “probably never be resolved,” partly “because the research is biased by huge ideological implications.”

17 thoughts on “An American Jew in Favor of Authenticity”