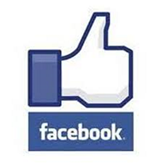 Sorry for the long silence, but we are working hard to get as much as possible into the next website update, which will probably go online Sunday, October 5th, a few days before the upcoming St. Louis Conference. It will include 5 more issues of Shroud Spectrum International, conferences updates, more on the 2015 public exhibition, many new books, papers and articles and much more. See you then!

One thought on “Look for an update to shroud.com maybe tomorrow”