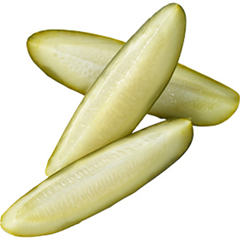 I typed the above headline on my iPad for a posting I was going to write and showed it to him. He was going to give me his views on how the image was made on the shroud.

He replied. “You’re assuming too much when you assume that the image on the shroud was created by chemistry you can understand. What Di Lazzaro really accomplished by using a uv excimer laser was to discard that assumption. There was no such source of light in the first century or the fourteenth century.”

He stopped to think, then continued: “Is Di Lazzaro saying that the image must have been created by a miracle or is he saying that we must look beyond our current understanding of nature? I’d like to think it was the latter.”

I did a quick search on my iPad. “Di Lazzaro wrote,” I said;

When one talks about a flash of light being able to colour a piece of linen in the same way as the shroud, discussion inevitably touches on things such as miracles and resurrection. But as scientists, we were concerned only with verifiable scientific processes.

We hope our results can open up a philosophical and theological debate but we will leave the conclusions to the experts, and ultimately to the conscience of individuals.

— from a story by Nick Squires of The Daily Telegraph

The man who dips pickles in beer went on: “If in 1898, someone had suggested that the image was caused by radiation, most people would have scratched their heads and asked what you were talking about. That was the year Secondo Pia took his famous picture and the year that Marie Curie first coined the term ‘radioactivity.’ I think it is something new, something amazing that we haven’t discovered yet that created the image.”

“You’ve had too many pickles,” I said.

Our results are more evidence that it is not easy to replicate the body image and skeptics will have to believe in a miracle to sustain it was done by a forger in the middle ages!

— from The Shroud in the News for Christmas 2011, An Editorial
Response by Barrie Schwortz, from which the above quote is taken.
I still stand by what I said that Barrie took such a strong exception to.