Darn. Stephen left out two of my favorite historical items:
1) The Hymn of the Pearl and 2) The Mozarabic Rite. 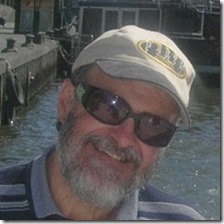 Stephen Jones is up with Were the radiocarbon dating laboratories duped by a computer hacker?: Revised #1.

. . . this is part #1 of my revised proposal that the three radiocarbon dating laboratories, Arizona, Zurich and Oxford, which in 1988 dated the Shroud of Turin as "mediaeval … AD 1206-1390," may have been duped by a computer hacker.

Well, there is nothing so far to justify the speculation of a computer hacker. It will be interesting to see where he goes with it, now being forced to revise his thinking after seeing emails to Hugh Farey from two of the three lab directors.

Has he determined if the AMS Control Consoles at all three labs had programmable computers that could have been hacked to conceal real carbon dating results from the scientists. We’ll see.

Anyways, Stephen has provided us with some historic information to consider.