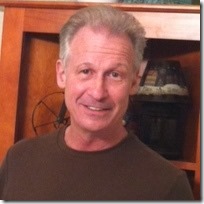 The St. Louis Review, a publication of the Roman Catholic Archdiocese of St. Louis, is announcing:

Mark Antonacci, an expert on the Shroud of Turin, will hold several lectures on the subject at the chapel at De Smet Jesuit High School, 233 N. New Ballas Road in Creve Coeur. Antonacci will speak about his efforts to petition Pope Francis to allow additional testing on the shroud. Lectures will be held at 7-9 p.m. on Tuesday, March 11, Thursday, April 10, and Monday, May 12, and will continue throughout December of 2014. The presentations are free, but contributions to The Resurrection of the Shroud Foundation will be accepted. Visit www.testtheshroud.com for more information about Antonacci’s upcoming presentations or to learn more about The RSF.

So, if you are in St. Louis on any of those dates, attend the lectures.

I continue to oppose the petition. About four months ago, Stephen Jones wrote:

It will be interesting to see what the Vatican’s response (if any) to this petition will be. If the Pope (the owner of the Shroud) does agree to further testing of the Shroud, I doubt that it will be in response to effectively one individual’s (Antonacci’s), request. My guess is that to minimise any further controversy the Vatican would probably want to see a broad consensus among Shroud pro-authenticists (and maybe even including Shroud anti-authenticists), of what the tests would be, how they would be carried out and by whom, before it agrees to any further testing of the Shroud.

As I said then, I agree with Stephen. We only need to look back to the 1980’s to see how to go about this in the right way, when John Jackson gathered solid support from many credible scientists in different fields and developed a well-reasoned, scientific plan for examining the shroud. The result was STURP.

It was at this time, last November, that Colin Berry made a brilliant observation that came with an important warning. He wrote:

. . . All someone has to do is sneak a mixture of ordinary beryllium and americium-241 (present in domestic smoke alarms) into the cabinet housing the Shroud. That mixture then emits neutrons (half life approx.10 days) and before you know what the Shroud will then be impregnated with radioisotopes such as chlorine-36 and calcium- 41 that Antonacci and his pressure group (if invited in with their scanners) could later proclaim to the world as proof that the Christian story based on Resurrection is proven – and a lot more besides (he reckons, see below ) as to the mechanism of resurrection.

See Antonacci comment from this site in September: (my bolding)

Please study the keynote address, which can be found on TesttheShroud.com. I’m not trying to be self-congratulatory or subjective, but these procedures could test every explanation for the Shroud’s radiocarbon dating and answer all the mysteries surrounding the Shroud. If the Shroud linen cloth, blood and other particles on it were examined at the molecular and atomic level, you could also collect enough new information that scientists could analyze this data for many years to come. I will be further updating this proposal, as well.

And on the Petition site:(my bolding)

A leading hypothesis published in Scientific Research and Essays in 2012 asserts that particle radiation was emitted from the length and width of Jesus’ dead body while he was wrapped in the Shroud, and it was this “event” which caused the unique images on the cloth. Molecular and atomic testing could prove that hypothesis to be true. ……

…..If unfakable and independent evidence was obtained to confirm this hypothesis however, it could actually be used to analyze the central premises of various religions throughout history and in our world today.

Objective and independent evidence does not exist to prove the central premises of any other religion, agnosticism or atheism. In contrast, the Shroud of Turin could provide thousands of unfakable items of scientific and medical evidence to prove the central premises of Christianity. This new, incomparable evidence could lessen or remove the underlying bases for many of the world’s ongoing wars and conflicts. The world has everything to gain and nothing to lose by the proposed molecular and atomic testing of the Shroud of Turin. . . .

Would the sabotage you are mentioning lead to ‘unfakable’ evidence? If there is a way to skew the evidence then doesn’t this demonstrate the evidence is indeed fakable? And now that skeptics like yourself are aware of the possibility of sabotage, this would undermine authenticity claims based on said testing.

For myself, I share your fear. There is a segment of Christianity that pushes a Christian triumphalism and the Shroud could be be exploited by them. The thought that Christians would use the Shroud to proselytize turns my stomach. It has been called the Silent Witness…that is exactly how it should be seen. If God wanted it to preach he would have added audio to it.

Hmmm, that makes me wonder… could there be audio properties encoded in it? Who needs flowers and coins when you could have music and soundbites. :)

Maybe, when many of us meet in St. Louis for an international conference this fall, we can convince Mark to drop the idea.