Max-Patrick Hamon writes to me in a comment and an email:

By way of reply to a most unfortunate and desinformative posting of yours entitled “Dear Stephen E. Jones » (May 12, 2013) that triggered Paulette’s most vehement and blind criticism, (“The myth of the coin must end”) and a whole series of biased opinions by a few gullible arch-sceptics, please find here attached, [the paper below].

For the sake of good archaeology and fairness of debate, thank you therefore for publishing it in your blog.

And here it is:

Coins over eyes PART ONE: ARE ARCH-SCEPTICS THE VICTIMS
OF THE ‘I THINK I SEE NOTHING BUT’ SYNDROME?
By Max Patrick HAMON

As far as the Pilate coin-over-eyes issue is concerned, for decades, arch-sceptics have been telling arch-advocates they were the victims of the ‘I think I see’ syndrome. How long will it take arch-sceptics before they could realise they are themselves the victims of the ‘I think I see nothing but’ syndrome? The true fact is there is a fine line between a falsely positive and a falsely negative perception and BOTH SIDES can be the victims of optical illusions as long as none of them is a true expert in numismatics, palaeography and/or archaeological image analysis/cryptanalysis? Actually this is one thing to think you see Pilate coin partial imprints that are not really there, yet another to more sense than correctly identify the partial imprints that are really there and still quite another to correctly detect (their absence or presence), extract and identify them if need be.

Here is a test for arch-sceptics just to realise how unreliable and inaccurate their allegedly ‘objective’ observations can be, even when it comes to correctly figure out a familiar image such as that of a hidden cat in full view. Can they ‘spot’ for instance a crap-heap cat, an over-crowded beach cat and a muddy-field cat in the three following pictures seen as they appear here i.e. with no rescale no enhancement and standing back 40 cm from their computer screen (additional clue: to the initiated eye-and-brain coordination system, it can take less than five seconds to correctly figure out all the three cats and less than 15 to less to 30 seconds to the gifted non-initiated eye):

1/Hidden crap-heap cat IN FULL VIEW… figure it out? How long does it take you? 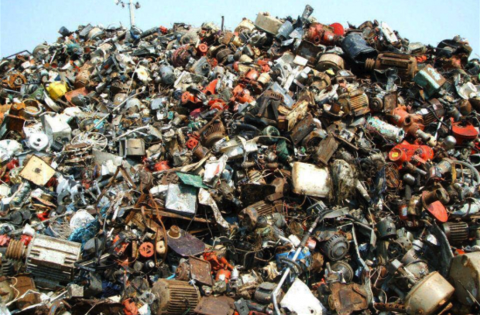 2/Hidden over-crowded beach cat IN FULL VIEW … figure it out? How long does it take you?

3/Hidden muddy field cat IN FULL VIEW … figure it out? How long does it take you? 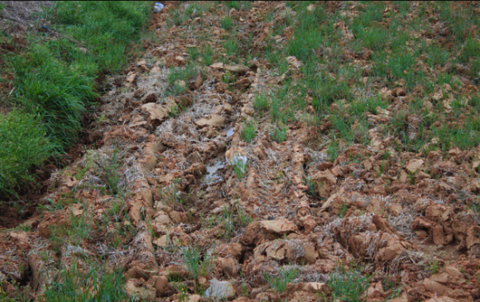 Most likely a non-professional (and maybe even some professional!) image analyst or technical photographer either will find it hard or even fail to correctly detect all the three cats within a reasonable time (15-30 seconds per cat) although a cat is really there hidden in full view each time. Some ‘half-blind’ arch-sceptics can even go as far as complaining about the picture quality and/or scale and telling you the test is inappropriate or this is a practical joke rather than acknowledge they have a blind spot in their eye-and-brain coordination system. Since none of the ‘anti-coin-over-eyes’ have ‘the eye-and-brain’ for palaeographic forms, one can easily guess how long it should take such wrong experts to correctly detect the presence of any small ancient coin partial faint tiny blood imprints about 0.5-1.5mm high in average and embedded within background visual noise and random shapes! Why don’t they stop their endless repetition of what other ‘half-blind’ arch-sceptics have erroneously said on the matter and leave it to professional/scholar numismatists, palaeographers, archaeological bloodstain pattern analysts and archaeological image professional analysts or cryptanalysts? And why don’t Schwortz, Lombatti, Rinaldi, Guscin, Porter, Di Lazzaro, Murra etc mind the right experts to help them finally see what is really there hidden in full view on the Turin Shroud Man’s eye areas… for a change?

The truly sad fact is some ‘half-blind’ arch-sceptics who are neither forensic medical examiners nor archaeological image professional analysts/cryptanalysts keep concurring to ‘think they see’ “nothing but the normal curvature of eyes, perhaps swollen eyes”. This ipso facto implies no less than three eminent forensic medical examiners1 and three computer-science experts2 (who confirmed the finding, by the American physicist John Jackson and 3D image analyst William Mottern, of flat somewhat rounded foreign solid object imprints on the eye areas), were all the victims of the ‘I think I see’ syndrome. This is not serious!

When it comes to discriminate between “normal curvature of eyes” and “swollen eyes” as opposed to flat somewhat rounded foreign solid object imprints on the eye areas, do ‘half-blind’ arch-sceptics really think they are best qualified than three eminent professional forensic pathologists like Bucklin, Zugibe and Baima-Bollone who examined both life-sized authentic 2D photographs and contrast-enhanced digitized 3D close-ups? Shall non-initiated eye consensus reality prevail? Thus unless one can convincingly demonstrate the intersubjectivity of Bucklin et al, the presence of flat button-like solid object imprints on the eye areas is a rather well established optical and ‘extra-anatomical’ fact (no matter whether most misleadingly ‘half-blind’ arch-sceptics dismiss any 3D image that provides the arguments against their pet theory and only rely on very low con-trast-enhanced 3D images or Downing’s half-artistic/biased reconstruction(s) of the Shroud face to back up their unqualified forensic claim).

Besides, while only relying on 3D images showing solid objects whose very lack of clarity actually forbids to scientifically or archaeologically reach any conclusive identification one way or the other, the same arch-sceptics (who are neither archaeologists nor professional/scholar numismatists or palaeographers), also ‘think they see’ “maybe potshards … not coins” (my emphasis) over the eyes! Now when requested to tell what they could see in a photographic enlargement (a third generation reversed photonegative copy of 1931 Enrie’s Turin Shroud face photograph) of the Man’s right eye area, both the American professional numismatist and Greek classical coin expert, Michael Marx and the Israeli scholar numismatist and Jewish coin expert, Ari Kindler, each time ‘at first sight-and-brain’, did independently identify4 the very partial inscription left on the burial cloth inner side by a Pilate coin. The two genuine coin-experts’ opinion is totally overlooked by agenda-driven ‘half-blind’ arch-sceptics to promote their unqualified ‘I think I see nothing but’!

Most unfortunately, the ‘anti-coins-over-eyes’ still heavily rely on the American technical photographer Barrie Schwortz. Now the latter totally seems to ignore it is common knowledge, among criminologists, archaeological image and text analysts and cryptanalysts that, besides mechanical squeeze, chemical revelatory substance, alternative light and 3D laser scanning, the best aids for reading/deciphering purposes of 3D encoded image, handwriting and inscription “ridges/marks” (invisible or almost invisible to the naked eye) on paper and fabric, are HD digitizing and amplifying if need be (to reach 255 levels of contrast) and applying false colour (via paint brush), 2D to 3D conversion and/or digital squeeze to authentic photographs originally taken under appropriate raking light. 1931 Enrie’s Shroud face authentic orthophotographs are not simply very aesthetic, as ‘half-blind’ arch-sceptics want us to believe, far from it.

Once digitally contrast-enhanced and mostly because of a longer time exposure under appropriate raking light and the use of specially designed filters that enhance local contrast, they did capture and reveal the finest details of the Shroud face image and haematic (or blood) imprints along with the characteristic weave pattern and the folds and creases of the linen fabric at scales 1:1 and 2:3. As such and regardless of 2008 HAL9000’s HD digital photograph that should allow researchers to analyze the Shroud in unprecedented detail, Enrie’s digitized authentic reversed negatives and positives are still the best candidates available so far (along with digitized 1978 Miller’s authentic silver black & white + 2002 Durante’s authentic digital photograph of the Shroud face as double or triple check) for detecting and studying any possible 3D encoded (bloodstained) coin tiny patterns embedded in the suspected image areas. Therefore, unless one is in denial and only rely on arch-sceptics’ literature as a new Turin Shroud gospel carved in stone, Enrie’s digitized contrast-enhanced authentic photographs taken under raking light do yield usable and accurate information even more modern photographs fail to do. This is made pretty obvious with the photographic enlargement comparison of the right eye area from Shroud face photographs shot in different techniques (see my December 11, 2012 post on this very blog).

Most obviously, they ignore that their own misperception is based on vague dissimilarities, little or no familiarity at all with most specific patterns, sheer critics of biased detection, identification and extraction thus favouring a most subjective non-structuring of hidden palaeographic reality.