When you get the image you want with one-finger-scrolling and thumb-and-finger-sizing, 1)press the round home button and hold it while 2) clicking the top sleep/wake/power button. The screen will flash white and you will have an image file in your Photo Camera Roll. Then just email it to yourself. The file size I’m getting 1136 by 640 pixels weighing in at 1.4 megabytes. Too bad about the nasty watermark. 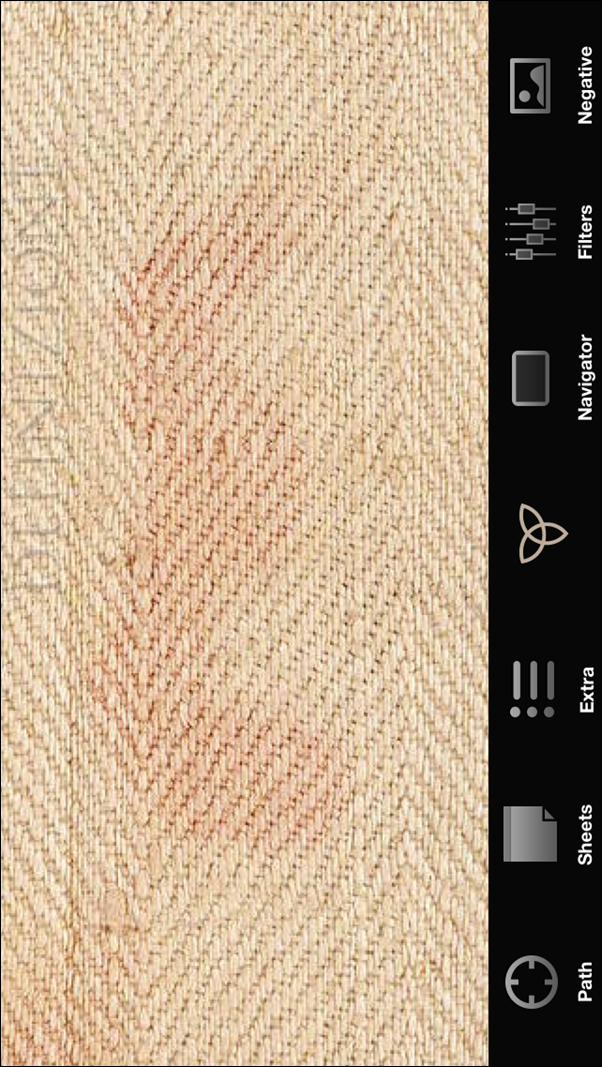