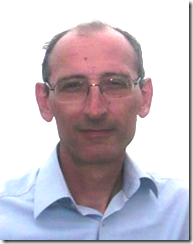 You know me and I know you.
You know that for me Ray Rogers was a "master", a true scientist (perhaps the only one in Shroud studies).
You know that I have studied in depth all the papers, articles etc.. you are quoting.

Please show me a single fact (from Rogers himself) demonstrating that the "impurity layer" is the only possibility.
Maybe he was right, maybe not. ALL the facts are consistent with both possibilities.

That’s why, in the present state of our knowledge about the body image on the Shroud, the only thing we can say for sure is that it results from a dehydration-oxydation process on the top-surface of the cloth. For the question of the real chromophore of the image, it is still scientifically unproven yet.

And that was the point. The image is a molecular change to the primary cell well of the fiber or to an impurity layer. We don’t know which. Yannick has just received the endorsement of one the best Shroud of Turin scholars out there.

May I also recommend Thibault’s A DETAILED CRITICAL REVIEW OF THE CHEMICAL STUDIES ON THE TURIN SHROUD: FACTS AND INTERPRETATIONS.

41 thoughts on “Comment of the Week by Thibault Heimburger”