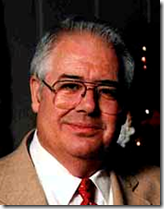 My sense of McCrone who I only saw in person once at Elizabethtown when he Nickels, Adler, Jackson, Jumper, and some others presented, was that his rationale for any of his conclusions was almost entirely subjective. He was first and foremost a microscopist and he interpreted everything visually.

Adler did a huge number of tests which all came up blood. McCrone looked at a couple of tiny particles and claimed paint. He attacked all those who disagreed with him as "true believers" and that is frankly an outrage given that as far as I know he never published a paper except in his own private journal "The Microscopist." If I recall correctly there is some discussion of the McCrone affair in John Heller’s book and also Ray Rogers talks about it.

Adler pointed out that the level of iron oxide on the shroud was nearly uniform and didn’t vary between image and non-image areas. In any case the level was so low that it would be invisible macroscopically. The STURP team speculated that it was due to the process of retting the linen. McCrone in this piece and in everything I’ve ever seen and heard simply says the equivalent of "I’m a great microscopist and what I say is true" and that was the end of his argument. In this piece Joe provides you notice that he only ridicules those who disagree with him. He never answer them. The reason is that he can’t answer them substantively because he is wrong and he doesn’t have enough data or background to answer their specific objections.

If you just line up the scientific papers and look at the data it is a slam dunk that McCrone’s work is irrelevant and ultimately somewhat unprofessional.

The question about whether he was a member of STURP strikes me as a bit anachronistic. STURP membership seems to have been rather fluid. There is some stuff I think in John Heller’s book again that suggests that McCrone was indeed involved with STURP and created a controversy with his pronouncements, but there never seemed to be a formal membership/non-membership in STURP. It was pretty much a pick-up group of interested scientists. John Jackson can obviously tell us all about that. McCrone’s attitude apparently turned off all the STURP people because he was not collegial and he was very arrogant and that comes across in the letter Joe provided. (emphasis mine)

The work done on the Shroud is uneven in quality however, so you can’t entirely discount McCrone’s objection. Often hard scientific results are intermixed with speculation and conjecture so that it is easy to poke fun. It’s pretty easy to poke fun at McCrone because his methods are so highly subjective.

I always appreciate Dr. Schneider’s careful remarks. Be sure to see his blog.