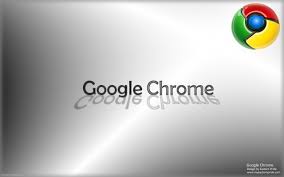 It is not yet my all around favorite browser. It is fast. It is easy to use. It lacks some of the add-on capabilities found in Firefox that I use for blogging. But when it comes to reading documents in other languages, as you must in Shroud of Turin research, Google’s Chrome is fantastic. Keeping in mind that I use English, I merely open a page in another language. It quickly determines that it is in Italian or French or Spanish or whatever and asks me if I want the page translated it into English. It works so much better than do the other browsers. And (and this is a big AND) Chrome lets me copy and paste the translated text into Word, or a blogging editor. Other browsers don’t work very well with Google translation.

So get it. At least use it for translation.

Here is an example from http://www.sis-statistica.it/magazine/spip.php?article177. Translation time less that a second. Accuracy is excellent even if a bit hard to read at some places:

This article aims to show how robust the methods of statistical analysis can shed new light on results that were and are a source of considerable controversy in science. In particular, reference is made to the dating of the Shroud in 1988 with the technique of radiometric carbon 14. The result, officially published in Nature as "conclusive" (Damon et al. 1988), stated that the curtain goes up again, with a probability of 95% at a date between 1260 and 1390 d. C. Before the test many scholars had expressed opposition to his execution because, according to Libby, the founder of the Carbon 14 method, you can date an object that are not known environmental factors that may have impacted in the past (Libby , 1955). The Shroud image is still not explained so it is not explained what factors might have contributed to the formation (Fanti, 2008). This paper does not aim to discuss the reliability of various assumptions, but to ascertain whether the result of 1988 can actually be considered "final."