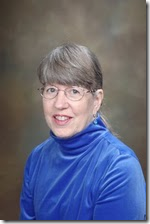 You can’t believe the Shroud is real if you believe the Bible. Since the Sabbath began at sundown on Friday the body couldn’t be prepared for burial until the first day of the week so it wouldn’t have been put in a shroud yet. That’s why the women went to the tomb with spices, etc. – to treat the body and put a shroud on it. They found a cloth that had been on Jesus’ face separate from the one on his body.

You might be interested in my book, The Peril of the Sinister Scientist. It’s about a kid who thought he was cloned from the blood on the Shroud of Turin. 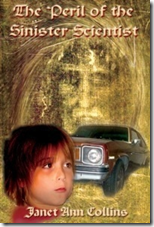 It was the account of the smaller cloth (the sudarium), the one that had been on his face, that helped convince John A. T. Robinson, the Anglican Bishop, biblical scholar and author of “Honest to God” to conclude that the Shroud wasn’t fake. He realized that a medieval faker of relics would have had the same understanding: there would have been a cloth on Jesus’ face and hence no facial image on the Shroud. So, he concluded – and for other reasons as well – that it was probably real.

While I admired Robinson for many years, on matters of biblical scholarship, I have my own perspective on this matter. I see absolutely no conflict between biblical text on this and the Shroud. I rather suspect, but certainly cannot prove by scripture or science, 1) that Jesus face was covered at the cross, 2) that his body was enshrouded in the tomb and the face cloth removed, 3) that there was insufficient time to complete the burial because of the Sabbath beginning at sundown and thus 4) the women returned on Sunday morning to complete what had been started on Friday afternoon.

If there is a conflict between scripture and science, I will almost certainly side with science. I always do and find no discomfort in assigning metaphorical significance when that happens. However, there is insufficient science on the specific point you make and insufficient scriptural clarity as well.

I will make the point of reading The Peril of the Sinister Scientist. I noticed that it is available at Amazon ($7.95) and that there is a Kindle edition ($4.00) as well.  I notice that suggested age is 7 to 12 so I should be able to handle it. I’ll let you know what I think.

Thanks for posting at Interesting Perspective: Carry the Hat – GOD, CHRIST: QUESTIONS & FAITH