A special open access collection of nine selected and revised papers from the 2014 Workshop on Advances in the Turin Shroud Investigation (ATSI 2014) in Bari, Italy, September 4–5, 2014

Why nine?  Read the following from the preface to the collection:

… Of the 30 contributions submitted to peer review, only 19 was accepted for presentation and discussion during the workshop. The Official Program for this two-day forum is reported in http://dee.poliba.it/ATSI2014/index.htm. Later, the Major Chairpersons made the unscheduled decision to select 9 of the above contributions in order for them to be re-examined with a view to a possible publication on SHS Web of Conferences. The reference Authors of each of the 9 selected papers were asked to revise their papers taking into account comments and questions raised both after presentations and during informal discussions through the workshop. Finally, the revised papers were submitted to a second round of peer-review and modified according to Reviewers’ remarks.

This restricted collection of papers essentially cover a number of topics distinctive of the Turin Shroud (TS) studies, notably in-situ and laboratory investigation on TS-like electrostatic imaging; micro-scale optical observation and macro-scale reproduction; TS coloration, conservation and pattern perception; commonalities and coincidences with the Oviedo Sudarium; archaeological survey on funerary textiles in ancient Israel with a comparison with the TS; historiographical contribution to the debated question of the burial cloths reported in the Gospel account for the benefit of related applications, e.g. Liturgy and Iconography 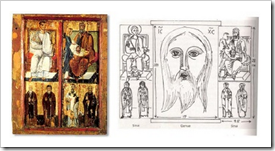 The Mandylion or image of Edessa, first mentioned in the 6th century, was a depiction of Christ’s face, described by some texts as a painting and by others as a miraculous imprint on a cloth. It is reasonable to believe that this mysterious cloth was the Shroud which is today kept in Turin, folded in such a way as to show only the face.

The protagonist of the events related to the Edessan image is Thaddeus-Addai, who is at times defined as “apostle” and at other times simply as disciple. The identification of Thaddeus Addai with the apostle Judas Thaddeus or one of the 70 (or 72) disciples remains an issue which deserves further studies; however, considering the research already conducted, a possible relation between the numerous literary witnesses and the figure of Judas Thaddeus is not to be ruled out.

The analysis of the 10th icon of the Abgar legend is intriguing:

The upper part of the diptych, on the left, shows the depiction of a saint, identifiable as Thaddeus. However, it is likely that this saint is not one of the 72 disciples, but

exactly the apostle Judas Thaddeus, as identified in Greek books. The Western and Eastern traditions diverge substantially on this point. In the upper right side, King Abgar is represented with the facial features of Emperor Constantine VII, who in 944 moved the relic to Constantinople [61]. 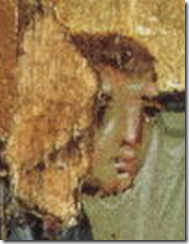 The images of St Judas Thaddeus are very late in the West, and the saint is always represented carrying a medal depicting Jesus’ face. In Early Christianity and in the Middle Ages, the apostle Judas is only represented in the apostolic college, with no reference to the Mandylion (mosaics in Monreale, el Bawit in Egypt, etc.).

The saint depicted on the left has a face similar to that of the character who, on the right, hands over the Mandylion to King Abgar. This similarity does not prove that they are the same person, since byzantine painters used to employ patterns to reproduce the human face and, as always, painters tend to make self-portraits; this, therefore, would explain the similarity of the two and also the similarities of the saints depicted in the lower part.

*  The English version is a translation from Italian by Augusto Monacelli

“We were also disappointed by Professor Bruno Barberis’ statement that he didn’t
know  when the Holy See would grant permission for new tests on the Shroud and
nothing was revealed relative to tests done in the 2002 Shroud restoration.”

On September 10th, I posted A Report on the Bari Conference written by Maria da Glóra Moreira of the Centro Português de Sindonologia. A similar report, Report on the Shroud Workshop in Bari, Italy appears on shroud.com which amplifies concerns about future testing as noted in the quotation shown above.

Bruno Barberis will be presenting in St. Louis. One of his topics is The Future of Research on the Shroud. Will we hear similar statements?

But the abstract for Professor Barberis’ paper sounds exciting and upbeat.

Nonetheless, Report on the Shroud Workshop in Bari, Italy demands your attention, also, for what else is discussed. 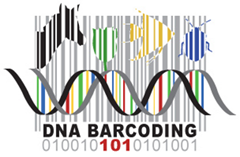 At Bari, quite a few people were surprised by a paper that was not in the final program (as published on the website) and not included in the proceedings of the conference given to attendees. The three-page paper was “Uncovering the Sources of DNA in the Turin Shroud” by G. Barcaccia, G. Galia, A. Achilli, A. Olivieri, A. Torroni and G. Fanti.

I will seek out a link or try to get permission to include the paper in this blog so that everyone can read it. In the meantime, here is the concluding paragraph sent to me me by two different attendees:

In conclusion, results from this study are consistent with the presence of several plant species according to cpDNA barcodes and distinct human mtDNA haplogroups. Overall DNA data were compared with historical information to verify whether the geographic areas of origin and distribution of land plant species (embryophytes) and human mitochondrial haplogroups are coherent with the proposed temporal and spatial paths of the Turin Shroud. Our experimental findings and additional clues pose a further difficulty to those who postulate a central European origin and a historical interval corresponding to the Middle Ages of the Relic.

from, as explained earlier in the paper:

… pollen grains, cell debris and other minuscule organic specimens, such as plant-derived fibers and blood-like clots found into the dusts sampled in the Turin Shroud by STURP Members. In particular, the dust particles analyzed in this study belong to different filters of the back of the Turin Shroud, also corresponding to the areas face, hands, buttocks and feet.