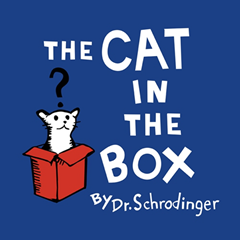 When it comes to prioritizing the uploading of video recordings to YouTube, just remember that Andrew Silverman’s talk, Natural, Manufactured Or ‘Miracle’? was particularly interesting.  I do want to hear it again, soon.

Andrew quickly honed in on the subject of consciousness, more specifically, about what Robert Lanza calls biocentrism. “Without consciousness, space and time are nothing,” says Lanza and he argues that “The universe bursts into existence from life, not the other way around as we have been taught.”

I read the best selling book (Biocentrism: How Life and Consciousness are the Keys to Understanding the True Nature of the Universe). I’m not sold on the idea but I find it fascinating. This is why I sat up a bit more, focused a bit more. Later, when I spoke with Andrew he called the subject mind-centrism. I do like that better.

Back to Andrew’s talk. He quotes Max Planck:

And Andrew cites a paper by Stanford’s Andrei Linde, one of the primary authors of the inflationary universe theory. The cited paper is called Universe, Life, Consciousness. One telling sentence reads:

What does this have to do with the shroud? It may be a stretch but it should be fun to think about it.

Andrew states (from the abstract for his talk):

Developments in quantum theory and cosmology have led some eminent scientists to postulate that consciousness, awareness and will are far more than incidental products of the material universe but may be fundamental to existence itself.

Could it be that the image on the Shroud might well be the single most important piece of physical evidence to help us discover more about the relationship between mind and matter, the nature of humanity and our relationship to the material universe and to each other?

It is one of those “you had to be there”  talks. You have to see the video. Russ, I will be unfairly impatient.