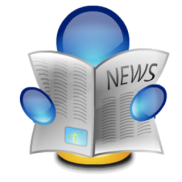 Hat tip to Joe Marino for spotting this. The following was published yesterday, March 22, 2019, in Archaeometry, a Wiley publication. If you don’t have institutional access you can have access for 48 hours for $7.00, print-restricted online access for $16.50 or full PDF rights for $42.00.

Abstract: In 1988, three laboratories performed a radiocarbon analysis of the Turin Shroud. The results, which were centralized by the British Museum and published in Nature in 1989, provided ‘conclusive evidence’ of the medieval origin of the artefact. However, the raw data were never released by the institutions. In 2017, in response to a legal request, all raw data kept by the British Museum were made accessible. A statistical analysis of the Nature article and the raw data strongly suggests that homogeneity is lacking in the data and that the procedure should be reconsidered.

Fair Use Quote: A telling tidbit from page 6 of 9:

The same rationale applies to the intra-laboratory differences. We also computed the Ward and Wilson test for the raw radiocarbon dates of Arizona, and in both cases (raw 1 and raw 2), the null hypothesis was rejected. Using OxCal for Arizona Raw 2, the overall agreement index (34.6%) is below the threshold (with 12.8% for A3 and 43.0% for A6), whereas for Arizona Raw 1 the overall agreement index is lower (21.4%). Based on these results, a relevant problem emerges in the consistency between the Arizona raw radiocarbon dates and the published results from the other laboratories.

Ah, something that makes sense published in a real scientific journal.

37 thoughts on “Radiocarbon Dating of the Turin Shroud: New Evidence from Raw Data”