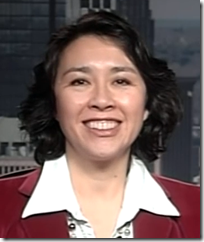 The feature article in the December 2015 issue of the New Oxford Review is an article by Maria Hsia Chang, The Virgin Birth: Where Science Meets Scripture

If that occurs — if replicability is achieved for the DNA data from the Shroud and Sudarium — it means Jesus indeed was an XX male. We are then faced with two rival hypotheses:

1. Jesus was one of those rare four out of every 100,000 all-too-human males who have two X chromosomes but no Y chromosome. But that doesn’t mean He was born of a virgin or that He had no biological father. The only problem is: How could the writer of the Gospel According to Luke, centuries before the discovery of DNA, possibly know that Jesus was an XX male and so tried to account for Jesus’ abnormal DNA with a made-up virgin-birth story?

2. Jesus was an XX male with no Y chromosome because Luke 1:26-35 tells the truth: Jesus was born of a virgin and has no human biological father.

The article began by pointing out that 68% of American adults believe that Jesus is God or the Son of God but only 57% believe in the virgin birth.

Disbelief in Jesus being born of a virgin, which is a fundamental tenet of Christianity, in turn implies a belief that the author of the Gospel According to Luke lied when he wrote:

The angel Gabriel was sent from God to a town of Galilee called Nazareth, to a virgin betrothed to a man named Joseph…. The angel said to her, “Do not be afraid, Mary, for you have found favor with God. Behold you will conceive in your womb and bear a son, and you shall name him Jesus….” But Mary said to the angel, “How can this be, since I have no relations with a man?” And the angel said to her in reply, “The Holy Spirit will come upon you, and the power of the Most High will overshadow you. Therefore the child to be born will be called holy, the Son of God.” (1:26-35; emphasis added)

This is a philosophical minefield. It imposes assumptions about miraculous conception onto science in order to try and prove the assumption. You may not want to believe it, but Luke could have been writing myth to make a point. That is a third hypothesis. To an Atheist, what Luke (and indeed Matthew) wrote about the virgin birth is part of the fabric of what must be a much bigger fictional account.