If Papa Francesco will want to’ take this path, we will do it as long as the research
is conducted with honest ‘intellectual, without preconceptions and ideological
assumptions a priori. 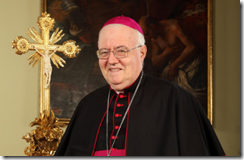 The following is a Google translation of an article, The Shroud: the linen cloth that wrapped Jesus, between mystery and science, appearing in Meteoweb.eu.

The Catholic Church does not comment officially on the question of authenticity, leaving science to examine the evidence for and against, but authorizes the cult as a relic or icon of the Passion of Jesus

Tradition identifies it as the sheet used to wrap the body of Jesus’ in the tomb, but the history of the Shroud – that from 19 April to 24 June will be ‘on display in Turin Cathedral – and’ marked by many mysteries, as well as continuous disputes on Authenticity ‘of the relic. The Shroud and ‘a linen sheet, rectangular in shape and dimensions of about 442 × 113 cm, on which and’ visible double image ‘negative’ of the body of a man subjected to a series of tortures and finally crucified. At the top and bottom of the image and ‘marked by the traces of the fire that development’ in 1532 in the chapel of the castle of Chambery, where it was kept the sheet folded in a box of silver. The exposition in 2015 and ‘the second after the restoration of 2002, in which you removed the patches that had been affixed by the Poor Clares of Chambery.

All historians believe documented the history of the relic from the middle ‘of the fourteenth century, the date of his appearance. On his previous history and its antiquities ‘there’ agreement: radiometric dating with the technique of Carbon 14, performed in 1988 and considered inadequate by the same creator, American chemist Willard Libby, has dated the construction of the sheet between 1260 and 1390, but supporters of authenticity ‘of the relic argue that the samples used could also come from parts mended after the fire of 1532. Some scholars believe that the Shroud is the authentic burial cloth of Jesus’. According to these the Shroud of Turin dates back to the first-century Palestine. Then enjoys much credit to the hypothesis that it is to be identified with the ‘mandylion’ or ‘Image of Edessa’, an image of Jesus’ very venerated by Eastern Christians, who died in 1204 (this would explain the absence of documents which refer to the Shroud in that period). Countless scientific tests and forensic where the find and ‘was submitted. Shroud studies of 1981, made from Italian alien autopsy and by Americans Heller and Adler, found on samples of wire traces of human blood group AB; For its part the Swiss biologist Frei Sulzer identified on the cloth pollens of over 50 plants, present not only in Europe but also in the Palestinian areas and the Anatolian. Israeli researchers have also found traces of particular plants belonging to the area of ​​Jerusalem.

The Catholic Church does not comment officially on the issue of authenticity ‘, leaving science to examine the evidence for and against, but authorizes the cult as a relic or icon of the Passion of Jesus’. "I am convinced that on the Shroud should still encourage the pursuit of science," he says about the archbishop of Turin, Monsignor Cesare Nosiglia. The papal custodian of the sacred cloth opens the possibility ‘of new studies: "If Papa Francesco will want to’ take this path, we will do it – he says – as long as the research is conducted with honest ‘intellectual, without preconceptions and ideological assumptions a priori." Several popes, from Pius XI to John Paul II, expressed their personal conviction in favor of authenticity ‘. And ‘there’ waiting for what they will say ‘Francis Pope during his visit to Turin, scheduled on 21 and 22 June.