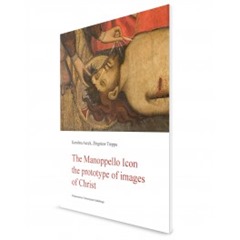 There is a new academic publication on the Manoppello Image, available in both polish and english version as Ikona z Manoppello prototypem wizerunków Chrystusa and The Manoppello Icon. The prototype of images of Christ. There is a table of contents ("spis treści") available for download. The authors are Karolina Aszyk, an art specialist, and Zbigniew Treppa, professional photographer as well as theologian and lecturer at the University of Gdańsk, which released this work. The price of it is 36.75 PLN, roughly 10 $ without a shipping fee.

Having familiarized with a polish version, I can say a few words about it. It is an interesting study of visual properties of the Veil when photographed during different lighting conditions,as well as of the influence of the Veil on Byzantine, medieval, and renaissance art. Yet I think that the arguments presented are not strong enough to convince declared sceptic, and further researches in those directions (including those I try to perform myself) is necessary.