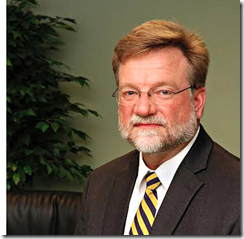 As Barack Obama put it in his book, The Audacity of Hope:

There’s a wonderful, perhaps apocryphal story that people tell about Daniel Patrick Moynihan, the brilliant, prickly, and iconoclastic late senator from New York. Apparently, Moynihan was in a heated argument with one of his colleagues over an issue, and the other senator, sensing he was on the losing side of the argument, blurted out: “Well, you may disagree with me, Pat, but I’m entitled to my own opinion.” To which Moynihan frostily replied, “You are entitled to your own opinion, but you are not entitled to your own facts.”

The use of the word apocryphal was refreshing because the story may not be factually true. The quotation, with variations in wording, can be traced back to many people.

Here is a story that appeared in the Niagara Falls Reporter, yesterday, September 23. It is about Jeffrey Skurka, pictured, who will be speaking . . .

He calls his presentation, "The Shroud of Turin and Nuclear Physics: Why the Radiocarbon Dating Results is Proof of the Resurrection!"

The newspaper’s reporter tells us about the 1988 radiocarbon dating of the shroud and then writes:

Soon, a dissenting view was heard from scientist R.N. Rogers of the Los Alamos Laboratories and the University of California. In a 2004 paper published by Thermochimia Acta, a leading platform for high quality, peer reviewed scientific papers, Rogers postulated that exposure to radiation at some time during its history could have skewed the radiocarbon date, and made the Shroud appear to be of much more recent vintage that (sic) it actually is.

Skurka’s own theory takes Rogers’ scientific paper one step beyond, theorizing that the act of Christ’s "resurrection to a glorified body," physically involved some sort of what we would call today a nuclear event. And that the effect of this on the cloth would result in a skewed radiocarbon reading.

Leading, a few paragraphs later, to this direct quote from Skurka:

But if my hypothesis is correct, I do know why the superficial body image is on the surface of the cloth. It was ‘Superparamagnetism’ just before the resurrection event that left a residual alignment of the unpaired electron spin in the hydrogen and possibly even the nitrogen atoms in the cloth. It’s also this Superparamagnetism which is responsible for the shrunken skulls of George Mott and Mary Reeser and is what gives my hypothesis credibility.*

This alignment of the electron spin is also what is giving the body image the properties of being like a hologram, which is normally created with constructive/destructive interference from the monochromatic light of a LASER, and the other optical anomalies known about the image.

Link to an abstract of Jeffrey Skurka’s presentation for October 10.