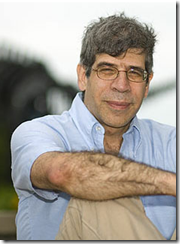 Jerry Coyne, one of America’s leading Atheists, ponders the question, Can science test the supernatural? in his blog named after his best selling book, Why Evolution Is True::

In other words, we can provisionally accept that there is no god because we don’t see the kind of evidence that we should see if god were present (answered prayers, confirmable miracles at Lourdes, and so on), and we see things that we don’t expect if there were a loving, omnipotent, and omniscient God (the most obvious, of course, is the presence of undeserved evil).

There is much that I agree with even if I disagree with his overall premise: the “Yes !!” he adds to the title of his posting. I hate seeing the Shroud mixed up with remnants of Noah’s Ark and many other biblical literalisms. But then again that is half of America’s Christianity, so I understand why Coyne mistakes subjects he is not familiar with, perhaps.

Can we similarly also provisionally accept that there is a god? I think so.

4 thoughts on “Noah’s Ark, the Shroud of Turin and the Grand Canyon”