Marcel Alonso wrote this email to the members of the Shroud Science Group.  I was interested in what he had to say and asked him for permission to reprint it: 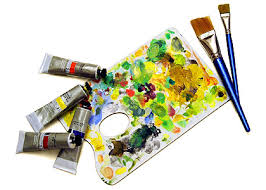 I have read (ZENIT.org – May 18, Conferences at the pontifical University Regina Apostolorum of Rome) that "the scientist Paolo Di Lazzaro, doctor in physics and researcher at Research center ENEA of Frascati (Rome), claimed that the image of the shroud of Turin “was not explained yet in scientific terms”. He recalled that the “scientific method is based on the reproduction of the phenomenon, and that it is only from there that it is possible to know the nature and the origin of the phenomenon”. To date, he raised, “nobody was able of reproduced the image of the Saint-Shroud in all his chemical and physical characteristics, despite all efforts in this direction and various attempts of periodically announced copies”. After years of investigations, experiments, errors of evaluation, and on the basis of obtained results, it is impossible, according to the expert “to draw sure and final conclusions on the origin of the image of the Saint-Suaire”.

I take this opportunity to address some evidences: In Science, it is well known that it is not possible to match, with a new experiment (artificial), ALL the characteristics of a previous
one (natural). What is only possible is to simulate it, as close as possible, for a given class of characteristics, specially chosen. For example, we are able to match all the physico-chemical
characteristics of the ordinary salt (NaCl) by mixing artificially HONa and HCl. But if this "salt" has been cropped in a natural environment, with its local phenomenology, it composition will
differ, more or less, but will differ, from the theoretical product NaCl. The best that we can do is to try to reproduce the local conditions in order to match the complex composition of the "salt" considered.

Similarly, is it reasonable to expect a result by "mixing" (linen and UV) or (linen and CD) etc, with various intensities and durations? Such attitude isn’t it like that of a Chemist varying concentration and temperature of HONa and HCl, in order to obtain a product whose physico-chemical characteristics would match those of a natural salt ? What could be expected other that NaCl, a pure ersatz of the natural one ?

Further, how can we claim that the Shroud image is the result of a single phenomenon: the yellowing UV, CD, Lasers, radioactive elements, etc? Is it reasonable to expect to match all the characteristics observed by the various researchers with one experiment alone? Have we forgotten that the image on the Shroud is basically the imprint left by a crucified Man on a linen cloth, after 36 hours in a cave? Not basically the imprint left by an hypothetical and undefinable earthquake!!!

Who has sacrificed a man at 3h pm, in April, shrouded him (in a specific linen), put him in a cave during 36 h, then aged the imprints in desertic conditions during centuries? Which Expert can state today that "it is impossible to draw sure and final conclusions on the origin of the image of the Saint-Shroud”. IMHO, one can say only that, after years of investigations, on the basis of the results obtained, it is impossible to say that the image of the Holy Shroud is a fake. (emphasis mine)

Concerning what relates to my findings and thinking today, I would say that there are various possible types of images (at least five which could be explained and simulated individually), but impossible to be reproduce simultaneously.

One thought on “It is impossible to say that the image of the Holy Shroud is a fake?”