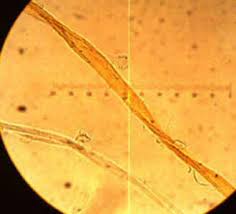 In his description of his remnant fragment of TS cutting, Jull says it contains cotton fibers.  “The presence of a few cotton fibers is not unusual. It is possible cotton fibers are present from wrapping the textile in a cotton cloth, a practice that is still used in textile storage. It is also possible that processing of the fibers or the loom contained remnants of cotton fibers, which contaminated the shroud. We can also state that the linen fibers observed in this study have only low levels of contamination by a few cotton fibers, consistent with the original observations on the shroud (e.g. Raes 1976) that there are a few cotton fibers on (or in) the shroud.”  Jull’s comment re loom, etc. is consistent with Raes’ suggestion – “It would appear that the linen threads were spun using the same equipment on which cotton was spun.”   So this is not “pretty damning.”

BTW, Rogers’ statement in his Thermochimica Acta paper that “the main part of the shroud” does not contain cotton fibers needs to be corroborated.

In a separate email to me, Diana adds:

As usual, Lupia has adroitly changed the nuance of Raes’ comment, which was (very reasonably) suggestive or speculative, by stating “since the linen was spun in context… etc.” as if this were a fact, rather than an inference.

* Microscope photograph is of a cotton fiber in the Raes corner taken by Ray Rogers.