Also, on shroud.com, read A PROFILE IN COURAGE by The Reverend Albert R. Dreisbach, Jr.
(A Speech delivered in Atlanta, Georgia during Black History Week)

Kim was mentioned yesterday. It’s time, I think, to dust off and repeat the dedication page of this blog: 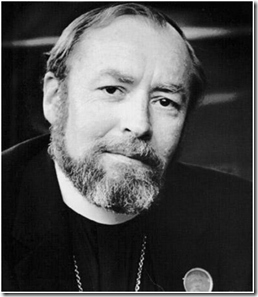 Kim died on a Saturday. The next day, at the Episcopal Church I attend[ed] in New York, 750 miles away from Kim’s home in Atlanta, the Eucharist was dedicated to Father Kim Dreisbach.

The Gospel …[that day] was Luke’s telling of the disciples encountering Jesus on the Road to Emmaus (24:13-35). It was fitting. I remember how Kim and I had discussed this passage on numerous occasions. He was certain that an understanding of this passage and the story of Thomas in the Upper Room were important to understanding the Shroud. I didn’t always agree with his interpretations but I cherished the opportunity to think these things through and argue with him.

"Read this story carefully," Kim said. "Jesus is telling the disciples on the Road to Emmaus to not merely believe what they perceive. The disciples had the facts right," he stressed, "but their eyes needed to be opened to the ‘truth’ revealed in the facts."

Kim, as a priest, scholar and friend, worked to do that for many of us: to open our eyes to truth. He did so with humor, scholarship, imagination, and the love of Christ.

I learned that you could telephone Kim anytime. Well — anytime, unless a Yankee game was on television, radio or the internet. Well — also, as I once learned, it was not advisable to call him if the Yankees had just lost a close game. But other than those times, Kim was always available and ready for discussion. And, invariably, he would follow up by sending long emails marked up with yellow highlighting, with copious quotations from numerous scholars, and with his own comments boldly typed in red.

Yesterday, by the time Kim got to the Atlanta airport, the Yankees had just clobbered the Blue Jays, 17-6. He certainly knew that and was probably telling every flight attendant, ticket agent and skycap all about the game. Kim was like that. He loved talking to everyday strangers about good news.

I remember sitting in a restaurant with him in Atlanta. Barrie and Russ probably remember, as well. There were about a dozen of us Shroudies at one long table. It wasn’t long before Kim was talking to perfect strangers at nearby tables, telling them about the Shroud. They were fascinated by him and what he had to say, just as we have been.

Kim loved jokes. And Kim definitely had strong opinions. I imagine a scene at the gates of heaven where three Shroudies have just arrived, Kim being one of them. They are in a waiting room, awaiting an admissions interview with St. Peter. The first one is ushered in. He remains for about an hour and then returns. The others turn to him and ask him what happened.

"St. Peter asked me to explain the Shroud of Turin to him," he said. "I tried. Then St. Peter explained it to me. I can’t believe how wrong I was."

The second Shroudie is invited in. She, too, is gone for about an hour. When she returns she tells the same story about how wrong she had been about the Shroud.

Then Kim is ushered in. An hour passes, then two, then three, four. Finally, after five hours, St. Peter comes out to the waiting room and sits down. "I just met with Kim," he says. "I can’t believe how wrong I was."

+ From the Book of Common Prayer that Kim so loved: "O God, the King of saints, we praise and magnify thy holy Name for thy servant "Kim" who has finished his course in thy faith and fear; for the blessed Virgin Mary; for the holy patriarchs, prophets, apostles, and martyrs; and for all other thy righteous servants, known to us and unknown; and we beseech thee that, encouraged by their fellowship, we also may be partakers of the inheritance of the saints in light; through the merits of thy Son Jesus Christ our Lord. Amen."