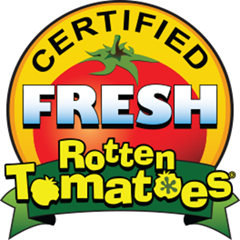 Stephen Jones reviews the Thomas De Wesselow Video in his blog. First he praises it:

The AGNOSTIC art historian Thomas De Wesselow is DEVASTATING against the Shroud being a medieval forgery.

He concludes that the Shroud can ONLY be Christ’s burial sheet or someone else crucified in the first (or early) century in imitation of Christ.

But then he goes on to tell us:

Being a non-Christian, de Wesselow cannot accept the Shroud image was caused by Jesus’ resurrection. So he argues for the Shroud body image having been caused by a Maillard reaction, as proposed by STURP chemist Ray Rogers….

But de Wesselow doesn’t mention that that explanation fails on several counts:

“[1] However the potential source for amines required for the reaction is a decomposing body, and no signs of decomposition have been found on the Shroud.

[2] Rogers also notes that their tests revealed that there were no proteins or bodily fluids on the image areas.

[3] Also, the image resolution and the uniform coloration of the linen resolution seem to be incompatible with a mechanism involving diffusion.” (Ibid. My numbers in square brackets) …

[4] there are no Shroud-like images on other burial shrouds, of which there are many Egyptian ones…. This invalidates de Wesselow’s Monty Pythonesque explanation that: “What the apostles were seeing was the image of Jesus on the Shroud, which they then mistook for the real thing. It sounds … as absurd as a scene from a Monty Python film.”

[5] a Maillard reaction would not explain the coin and flower images on the Shroud.

[6] a non-resurrection explanation does not explain how the Shroud was removed from Jesus’ (or another crucified in imitation of Jesus) body with the blood clots that adhered to both His body and the Shroud being intact and not tearing.

[7] Ockham’s Razor again: Jesus is the only person of whom it is credibly claimed that He was resurrected….

BUT:   I completely doubt the existence of coin and flower images. I question the nature of intact blood clots after centuries of rolling and folding. I find Stephen’s point about Jesus being “the only person of whom it is credibly claimed that He was resurrected” logically fallacious in this context. In fact, I agree with only one of Stephen’s seven points: the argument that the resolution is incompatible with a mechanism involving gaseous diffusion. And I’m not sure about that.

49 thoughts on “Stephen Jones on the Thomas De Wesselow Presentation”