And every manner of thing will be well 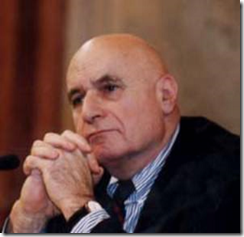 Peter Berger has an interesting opinion piece in The American Interest: Heaven for Everyone?

On April 18, 2014, Religion News Service published an interesting story by Cathy Grossman (a senior correspondent with RNS). The story is about an immensely successful PG-rated film,Heaven is for Real. It was released just before Holy Week 2014, but had already earned $ 21.5 million by the end of that week. Not bad for a PG-rated movie in allegedly pornography-addicted America! The film is based on a book with the same title, by Todd Burpo, an Evangelical pastor in Kansas. Both book and film are about visions of heaven recounted by Colton, the (then) four-year old son of Burpo after emergency surgery. The boy reported conversations in heaven with Jesus in person and with various long-dead relatives he could never have known, including a girl miscarried during pregnancy by his mother. This newly discovered sister had now grown into a lively teenager clearly enjoying her heavenly existence. Upon release of the film, Colton, now a teenager himself, reaffirmed the truth of his visions and said that he now talks about his knowledge of heaven to sick children to take away their fear of death.

The film was co-produced by Bishop Thomas Jakes, pastor of a mega-church in Dallas which claims 30,000 members. Grossman points out in her story that there are significant differences between the book and the film. The book places the accounts of heaven in a firm Biblical context, with frequent references to scriptural passages. The film does not follow this practice. In addition to quite fanciful descriptions of heaven, there is the suggestion that everyone is going to end up there. There is no mention anywhere of hell or the last judgment.

There is now a considerable controversy about the film in the Evangelical world.

So those who become aware of the evidence for the Shroud’s authenticity, yet refuse to believe in Jesus and His death for them, will, like Chorazin and Bethsaida receive a more severe judgment than if they had never heard of the Shroud.

Back to Berger’s article. 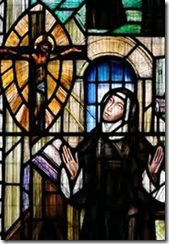 More than any other mystic, the English nun Julian of Norwich (1342-1462) kept repeating over and over again that God is love, that he created the world out of love, and that this love keeps the world in being every moment. Julian was preoccupied with the question of how even the devil could be kept in hell forever in a world fully restored to God. She knows that this is what the Church teaches, and she is an obedient daughter of the Church. But she asks God how this can be. He replies that what she cannot understand, he can do. In her little book “Showings”, where she tells of all the things that God showed her in her visions, there follows the passage for which she is best known. I am not quite clear, whether these are supposed to be words spoken by God himself, or Julian’s own words responding to him. They are in the literary form of a lullaby, such as a mother might sing to soothe a frightened child; I guess one might call it a cosmic lullaby: “And all will be well. And all will be well. And every manner of thing will be well.”

And then there is Rob Bell and his book Love Wins which discusses the kind of universalism with regards to heaven being promoted in the movie. To quote from Wikipedia:

The book was criticized by numerous conservative evangelical figures (in particular, some reformed church leaders), such as Albert Mohler, John Piper, and David Platt, with Mohler saying that the book was "theologically disastrous" for not rejecting universalism.[29][30] Other evangelicals, such as Brian McLaren, Greg Boyd and Eugene Peterson, defended Bell’s views. Bell denies that he is a universalist and says that he does not embrace any particular view but argues that Christians should leave room for uncertainty on the matter. As Jon Meacham stated, Love Wins presents [Bell’s] "case for living with mystery rather than demanding certitude."[31][32] Some evangelicals argued that this "uncertainty" is incompatible with Scripture,[33] while others say that the book is simply promoting overdue conversation about some traditional interpretations of Scripture

I know what the Catholic Church teaches, and the Anglican Communion, and most Protestant Churches. I’m not a universalist on most days. I think, it is a good conversation to have in the context of the shroud.

27 thoughts on “Everyone Goes to Heaven?”