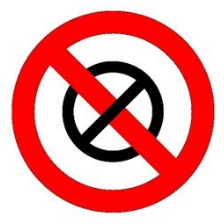 A modern example might be a preoccupation with the Shroud of Turin or yesterday’s predicted Rapture, generated through Harold Camping’s fixation with numbers in Scripture rather than the clear teaching of Scripture that “no man knows the day or time of His coming.”

You can imagine the issue, right? One group within the Christian community starts focusing so much on these strange teachings that they start leading others astray and also become uninterested in the core Gospel acts of ministry and mission.

You could have substituted anything for Shroud of Turin, anything you don’t agree with: The Simpsons, dancing the Lindy, Calvinism. Read Good Shepherd Sermons: Internal Issues (1 Timothy 1.1-17) 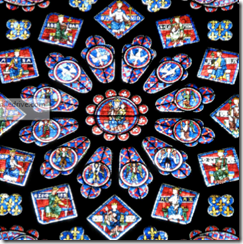 Interesting paper. For those of us interested in comparing images to the face on the Shroud of Turin (or if we are just plain interested in this stuff as we should be) it is worth the several minutes to read. Studies in Art History: The Thinking Behind Abstraction; Tessellated Transcendence and the Philosophy of Islamic Filigree

This paper examines the similarities and differences between Platonic Pythagoreanism(1) and Abrahamic(2) Pythagoreanism within the art and doctrine of Islam, Judaism and Christianity with particular reference to Islamic Art.

Leonardo da Vinci’s (1452 –1519 CE) devotion to this principal is evident throughout his works. An example of this can be seen in the Mona Lisa’s face which fits perfectly into a golden rectangle, and rest of the painting is structured around similar rectangles. Even the image of Christ on the Shroud of Turin adheres to the same proportions as the Mona Lisa, they match perfectly. 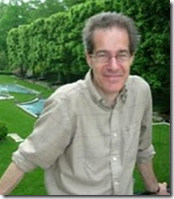 There is a whole lot of wisdom in a brief paper by Massimo Pigliucci over at Rationally Speaking:

. . . Philosophers often refer to this as the principle of economy, while scientists tend to call it parsimony. Skeptics invoke it every time they wish to dismiss out of hand claims of unusual phenomena (after all, to invoke the “unusual” is by definition unparsimonious, so there).

. . . The obvious question to ask about Ockham’s razor is: why? On what basis are we justified to think that, as a matter of general practice, the simplest hypothesis is the most likely one to be true? Setting aside the surprisingly difficult task of operationally defining “simpler” in the context of scientific hypotheses (it can be done, but only in certain domains, and it ain’t straightforward), there doesn’t seem to be any particular logical or metaphysical reason to believe that the universe is a simple as it could be.

What proof is there that the philosopher Franciscan friar William of Ockham (1288-1348) was right? How much science has been decided by taking leap of faith in Ockham?

Both sides in the Shroud of Turin debate invoke Ockam  as a weapon of choice, it seems, in every debate.

A MUST READ: Razoring Ockham’s razor

Shouldn’t we expect more from Chez in Deus Ex Malcontent and as run in the Huffington Post Religion Section this Sunday morning?

Still, there’s something really worth pointing out in the wake of the non-Rapture. While it was easy for most of us to handily dismiss the lunatic predictions of Pastor Harold Camping and his merry band of messianic misfits, what shouldn’t be forgotten is just how unremarkable their basic belief-system is. Sure, even a lot of hardcore Evangelicals ridiculed Camping’s assertion that Jesus was going to appear out of the sky today, but make no mistake: Whether they choose to say it loudly and publicly right now, as far as they’re concerned the only thing Camping got wrong was the exact date. There are millions of people still going about their business today convinced that at any moment they can be beamed up to heaven while the rest of the Earth falls into a period of tribulation that ends in its ultimate destruction. And by the way, these people aren’t considered crazy — they’re just called faithful, and deserving of having that faith respected and lent credence by the rest of us. It’s fascinating that, really, the only thing that puts Pastor Harold Camping and his followers one step over the line into the world of the insane outlier is that they thought they had figured out the time of Jesus’s return, not that they believed absolutely in the notion of a divine entity called Jesus — or that he would magically appear to us — in the first place.

If you need it put in more reductionist terms it can be summed up like this: Believing in Jesus Christ as the resurrected son of the creator of the universe who will eventually return to Earth equals not-crazy; believing that you know when Jesus Christ will make that triumphant return equals crazy. See how, well, crazy that is?

Where, exactly, is the logic in this? Appeal by ridicule? Is there not also a certain amount of conclusion running around begging to be the premise? Straw man, of sorts, anyone? Could we not simply use this same argument to first lambast pseudo-science and then argue that there is a distinction without much of a difference when it comes to science?

As one HuffPo reader nicely put it:

Students of the shroud will quickly see the Joe Nickell in this. Nickell likes to tell us there are many fake relics throughout the world, bits of the true cross etc.. He then tells us that to think they are real is crazy. Thus believing that the Shroud of Turin is authentic . . . “See how, well, crazy that is?”

There is a lot of similarities between the Urfa Mosaic on the left and a catacomb fresco. More details to follow as additional information is gathered. But, I sense both images may have been sourced directly or indirectly from what eventually came to be known as the Shroud of Turin. Meaningful images continue to accumlate.

Hat tip to Diana Fulbright who provided the fresco image.

Larger version of the fresco after the fold (Read More).

END_OF_DOCUMENT_TOKEN_TO_BE_REPLACED

Tina Dupuy in The Atlantic:

The end of the world will be at exactly 6 p.m. on May 21, 2011, says Camping (pictured), who along with his organization, Family Radio, are behind those billboards across the country forecasting the Rapture this Saturday. The Rapture, the Last Days, Armageddon and the Final Days of Judgment are all interchangeable. It’s when God will destroy the Earth to show his love for humanity.

Is that Eastern Standard or Pacific Standard Time?

Neither, says Camping, whom I interviewed recently for my online news show TYT Now. The Rapture is at 6 p.m. on May 21, 2011, where ever it’s 6 p.m. first, with the "fantastically big" world-ending event taking place on a time zone by time zone basis.

That means we can expect the Rapture to start when it hits 6 p.m. at the International Dateline at 180 Longitude — roughly the between Pago Pago, American Samoa, and Nuku’alofa, Tonga. We’ll know it’s Judgment Day because there will be an earthquake of previously unprecedented magnitude, Camping predicts.

So, according to these calculations, the Rapture will actually begin like a rolling brown out across the globe at 11 p.m. PST on Friday, May 20th. "Everyone will be weeping and wailing because they’ll know in a few hours it’ll come to their city," said Camping.

This also means that, if Camping is right, his signs littering California and in his current hometown of Oakland — not to mention thousands of atheists throwing Rapture parties — have the date wrong. It’s Friday, Friday…gotta get down on Friday.

But wait a minute: that was ten minutes ago and CNN isn’t reporting anything.

As many of you know, I don’t like PZ Myers. It’s not because he is an Atheist. It’s not because he is a militant new Atheist. It’s because I think he is mean and immature in the way he conducts his never-ending campaign against religion. Even so, I read his blog religiously. There is some interesting stuff about evolutionary biology and his criticism of religious extremists is mostly on target. And every now and then there is a gem:

The Buffalo Beast has an interview with sadly delusional Harold Camping, the senile old man who is predicting the end of the world on the 21st. I say "Pshht!" and "Humbug!" — it’s no big deal to get an interview with that loony attention hog on the 19th; I will be impressed with the fellow who gets the first interview on the 22nd.

I bet Camping’s phone will be ringing like mad on Sunday.

Will he answer? See Pharyngula